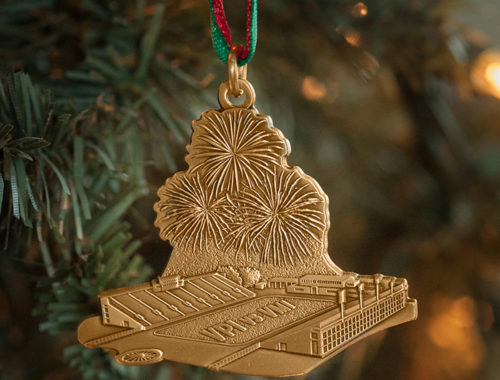 During the years between 1942 and 1969 “The Military Classic of the South” featured a rivalry between two in-state teams, Virginia Military Institute (“VMI”) and Virginia Tech (then “VPI”). The game was scheduled annually for Thanksgiving Day and featured a parade through downtown Roanoke. In the earlier years the “South’s Oldest Rivalry” between Universities of Virginia and North Carolina were played at the new stadium. Later it became the home of other annual events which included “The Harvest Bowl,” usually featuring VPI, and, Virginia state high school championships, including 1971 when T.C.Williams HS played Andrew Lewis HS for the State AAA Championship. Although 30 years later and filmed elsewhere, this game was depicted in the Hollywood movie, “Remember the Titans,” with George C. Marshall HS as TCW’ opponent.

In early 21st Century Victory Stadium was home field to both William Fleming and Patrick Henry High Schools’ football teams. During the intervening years from 1942 the stadium and surrounding area flooded several times, causing the relocation of games to smaller, local venues. By 2006 as the integrity of stadium was deemed unsuitable for fans, and, the City of Roanoke made the controversial decision to demolish the facility. The site adjacent to River’s Edge Sports Complex now has several athletic fields and is part of Roanoke’s outdoor culture.

Be the first to review “Victory Stadium” Cancel reply