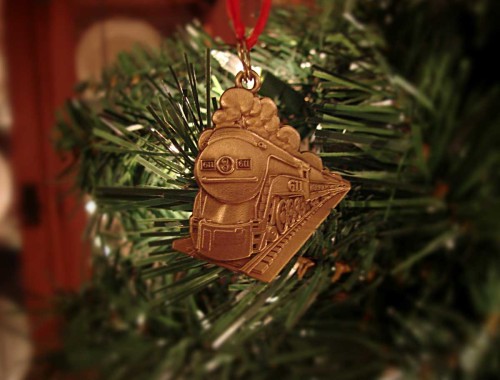 No. 611 is the only survivor of the fourteen original  Class J  Norfolk & Western steam powered engines designed and built in Roanoke from 1941-50.  The total cost for the 611 was $251,544.  The J Class streamlined engines were designed to pull passenger trains at speeds above 100 miles an hour.

Following a twenty three year retirement it was refurbished and returned to active service, participating in Roanoke’s Centennial in 1982.  The engine became a National Historical Landmark in 1984 and is on exhibition at the Virginia Museum of Transportation in Roanoke.  It is currently being used as an excursion train for special events.