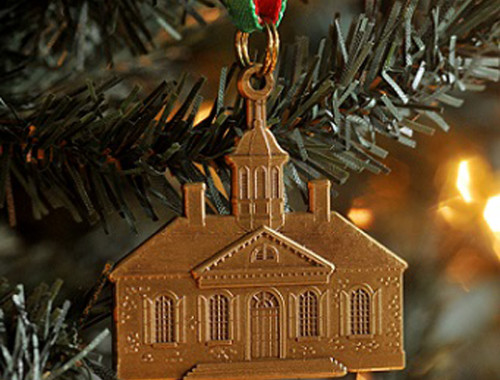 The Courthouse was completed in 1771, constructed in the center of the city on Market Square. Unusual aspects of its architecture include double doors opening directly into the courtroom and a portico with no columns. In addition to hearing petty crimes and civil cases, the early Virginia courts acted as community council or boards of supervisors;   they were the principal agents of local government.

At the start of the Revolution in 1776, the Declaration of Independence was proclaimed from its steps. In 1989 the Courthouse was restored to its 18th Century appearance using tools and methods from the colonial period. Today the Courthouse is a forum for the interpretation of the role of the legal system in the lives of ordinary citizens, where visitors can participate in mock trials based on cases of historical record.

Be the first to review “Colonial Williamsburg Courthouse” Cancel reply