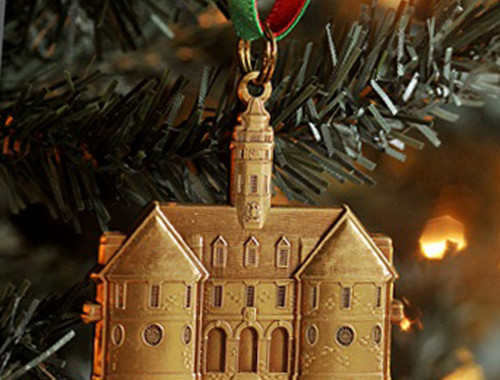 The Capitol at Williamsburg, founded in 1699, was one of the principal buildings of colonial America; its political significance extended beyond Virginia’s borders. Two Capitol buildings served as the meeting place for the House of Burgesses, the Council and the General Court of the Virginia colony from 1705 to 1776. Following the adoption of the Constitution of the Commonwealth, the General Assembly met in the Capitol at Williamsburg until Richmond became the seat of government in 1779.

The grounds were deeded to Colonial Williamsburg in 1928,   and reconstruction of the 1705 – 1747 era Capitol began on its original foundation using 18th Century records. Today The Capitol is an integral part of the historical experience that is Colonial Williamsburg.   Annually, a group immigrants  earns  US citizenship on the site as has been the custom for the past 300 years.

The Governor’s Palace in the capitol of the largest American colony was built as the residence of the British Royal Governor. The Georgian home, completed in 1722, was the forerunner of the great Virginia houses of the 18th Century and the focus of Colonial Williamsburg’s fashionable society and finest entertainments. The elegance of the Palace and its formal garden were the product of hard work by many servants.

After the Revolution, Patrick Henry then Thomas Jefferson served as governors in Williamsburg until the Capitol was moved to Richmond in 1780.   While being used as a hospital for American soldiers, the main house was destroyed by fire in 1781. The property was purchased by Colonial Williamsburg in 1928, and, subsequently, the buildings were faithfully reconstructed from artifacts, Jefferson’s drawings and General Assembly records.

Be the first to review “Colonial Williamsburg Capitol” Cancel reply