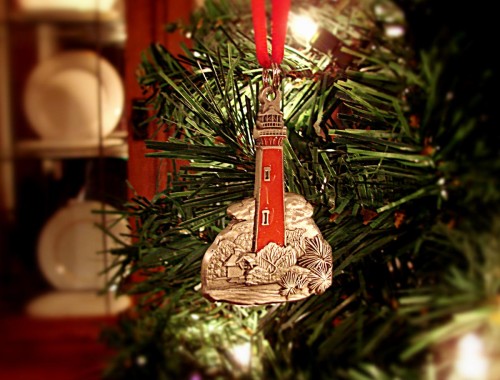 In 1873 construction began on the Currituck Beach Lighthouse filling the remaining “dark spot” on the North Carolina Coast between the Cape Henry light to the north and Bodie Island to the south.  The Currituck Beach Lighthouse is distinguished from other regional lighthouses by its unpainted brick exterior.  It was originally fitted with a U.S. mineral oil lamp and was rotated by the keeper,  manually cranking its weights each two and a half hours.

In 1939  when the United States Coast Guard assumed the duties of the Bureau of Lighthouses,  the lighthouse was automated with a first order lens,  and has since continued to serve as an aid to navigation.  The Outer Banks Conservationists, Inc., a private non-profit organization dedicated to the conservation of the character of the Outer Banks of North Carolina, negotiated with the State of North Carolina to begin a phased restoration of the lighthouse compound, including two Keeper’s Houses.

Be the first to review “Currituck Beach Lighthouse” Cancel reply