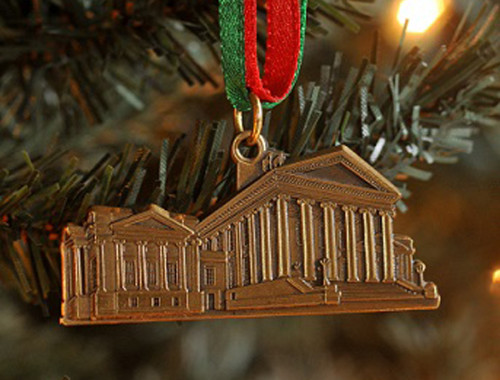 The Virginia State Capitol is home of the oldest continuously operating legislature in the Western Hemisphere.  Designed by Thomas Jefferson using as its model the Maison Carrée, a Roman temple in Nimes, France, Charles-Louis Clerrisseau was the chosen architect. Construction began on August 18, 1785, under the direction of Samuel Dobie. The first session of the General Assembly was held in October of 1788 even though the portico was not completed until 1790. The Capitol escaped damage during the Civil War; and, it is a magnificent monument to Virginia’s past, serving the needs of today’s Commonwealth.

Be the first to review “Virginia State Capitol” Cancel reply