View Cart "The Coffee Pot" was successfully added to your cart. 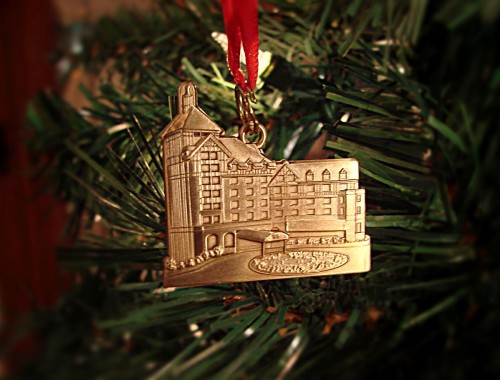 Hotel Roanoke was built in 1882 in a wheat field on a hill above the N&W Railroad in what is now the Gainsboro neighborhood.  Built with 38 rooms, the  Hotel was operated in grand style from the beginning.  In the early 1900’s  the Hotel reigned as the social center of Roanoke.

Over  the  years  significant renovations  were made including  the addition of two wings  and the Tudor  appearance it bears today.  It was advertised for years as “a modern version of an old English inn.”

In 1989 Norfolk & Southern deeded The Hotel  to Virginia Tech for $65,000.  Under a very successful “Renew Roanoke” campaign in 1992,  a Conference Center was added among  other major  upgrades.  Reopening in 1995  the  Hotel & Convention Center  continues  its reputation as  a luxury destination.