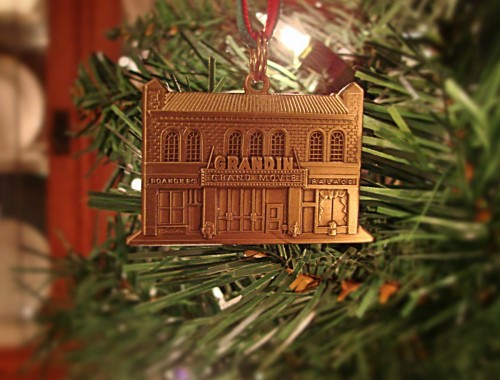 The new owners, Julie Hunsaker and her family, reopened The Grandin Theatre in the summer of 1986 with the intention of showing foreign and independent movies which are generally scheduled  at the multiplexes.  At that time the theatre had only its original large screen in the main auditorium.  Five years later to commemorate its  50th anniversary,  the re-released Orson Well’s classic “Citizen Kane” was shown.

The Grandin has closed twice as a movie theatre and once as the home of the Mill Mountain Theatre.  Since taking over the management,  Ms. Hunsaker is quoted to have said that “We’ve had to make compromises to stay open,”  including the addition of three smaller screens and the booking of mainstream movies.  The Grandin Theatre has remained a cultural asset to the community,  bringing in “art house”  films that would not normally be shown in Roanoke.