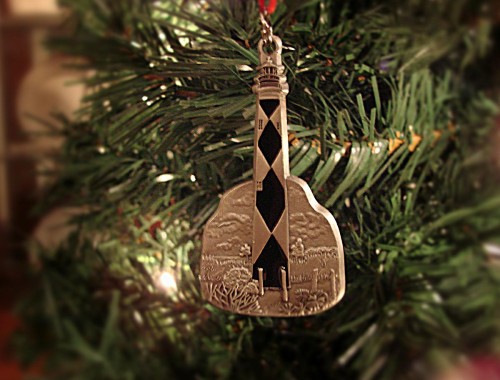 Cape Lookout at the south end of the Core Banks had long been considered a hazard to navigation when the Lighthouse Board erected the first tower on the site in 1812.  However, it was considered inadequate by navigators and was replaced in 1859 by the existing lighthouse standing  163 feet high.  Cape Lookout,  as well as others in the region,  was vandalized by Confederate troops.  Following the Civil War,  the repaired first order Fresnel lens was reinstalled.  The exterior was painted in an unusual black and white diamond pattern to make it a better daymark.

The light tower is one of the principal historic structures along the Cape Lookout National Seashore,  accessible only by ferry.   Since 2010  during the open season visitors may climb the lighthouse steps to experience the breathtaking view of Core Banks.