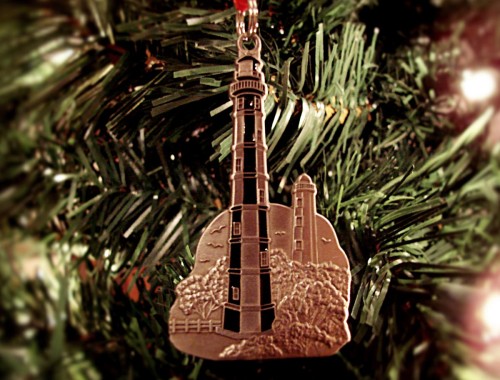 Old Cape Henry, retired, was erected at the southern entrance to the Chesapeake Bay in 1791 at a cost of $15,200. This was the first lighthouse authorized by the new U.S. government.   After almost a century of service,   the old tower at Fort Story was replaced in 1881 by a new 157 foot structure fitted with a huge first order Fresnel lens.  The New Cape Henry light performs as an offshore sentinel for shipping entering the Chesapeake Bay.

In 1929 it was the first beacon to become a radio distance finding station.  Both lights  can be viewed in the Seashore State Park, Virginia Beach, Virginia.