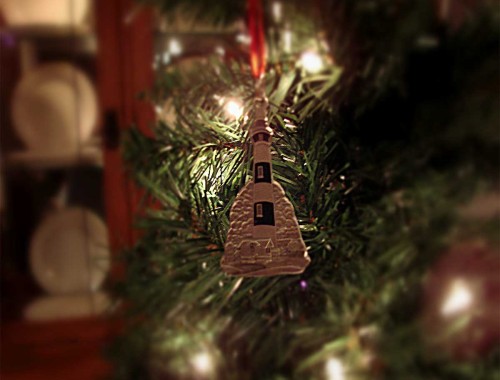 On October 1, 1872, the third lighthouse was put into service on Bodie Island at Oregon Inlet, NC.  The first tower fell into disrepair due to poor construction, and, the second was destroyed by Confederate Army explosives during the Civil War.  The existing 156 foot conical brick tower is painted with distinctively wide black and white horizontal bands for daytime visibility.  It remained manned until 1940 when its first order lens  was refitted to operate automatically.

The Coast Guard has turned over the grounds and all the light station buildings except the tower itself to the National Park Service to be incorporated into the Cape Hatteras National Seashore.  The Park Service has preserved the structures and operates a small museum and bookstore at the site.  It is open to the public daily.

Be the first to review “Bodie Island Lighthouse” Cancel reply